A Top Rated Colorado Lawyer
contact us for a Free Consultation 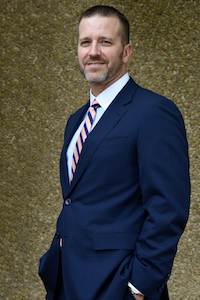 The founder and chief counsel of the Bagley Law Firm, LLC, Brian provides legal representation to businesses, families, and individuals. In addition to the practice of law, Brian currently serves as the Mayor of Longmont, CO. Brian's other community activities include teaching at the Leeds School of Business at the University of Colorado at Boulder, as well as a professor for the university's prestigious Presidents Leadership Class, teaching upper-level courses on business, management, and leadership. Brian himself is a CU alumnus, having earned a Juris Doctor from CU's School of Law and a Master of Business Administration from the Leeds School of Business.

Brian began his professional career as a senior analyst and key member of the team that researched and wrote the New York Times Bestseller, Good to Great: Why Some Companies Make the Leap… and Others Don’t. The best-selling hardback business book of all time, Good to Great has grossed more than $100 million in book sales alone. As the only research analyst throughout the five-year project for its entirety, Brian performed the in-depth investigations, interviews, and analysis on market-leading companies to understand how they came to dominate their industries. The research has been featured in the Wall Street Journal, Fortune, Business Week, Harvard Business Review, and Fast Company.

Brian is a member of the Phi Alpha Delta Law Fraternity and has been licensed to practice law in the state of Colorado since 1999. His personal accomplishments include earning the rank of Eagle Scout from the Boy Scouts of America, speaking and writing fluent Spanish, writing and directing a full-length feature film distributed by Universal Vivendi, and volunteering – along with his wife – as a foster-adopt parent for Boulder County's Department of Housing and Human Services. His foremost passion is his wife, Ivone, and their four children: Danielle, Jordan, Augie, and Mikey.

City of Longmont, Colorado
Member Since: 2017

Boy Scouts of America
Member Since: 1980

Contact Us
Practice Areas
Client Reviews
★★★★★
I give the Bagley Law Firm a 5 STAR review. My divorce was extremely difficult and they gave the support I needed. Christopher M.
★★★★★
I highly recommend the Bagley Law Firm! Years ago I came here for help with my business and worked with Brian Bagley. I was impressed by the compassion, professionalism, and aid I received from Mr. Bagley and his excellent staff, so when my life took a devastating turn I knew which firm to go to for help. Jessica D.
★★★★★
Great and professional firm Charles & Jackie are awesome I highly recommend this firm. Henry C.
★★★★★
I highly recommend the Bagley Law Firm. Thank you - all of the staff was very helpful and my Attorney knew what he was doing. Thank you Brian Bagley. Ruth H.
★★★★★
Awesome experience - had to call just now on behalf of someone close to me. Tim took the time to chat with me and that's rare for an attorney to do that. He seemed very knowledgeable and patient on the phone. Would definitely recommend. Susan S.
View More
Submit a Law Firm Client Review