A Top Rated Colorado Lawyer
contact us for a Consultation 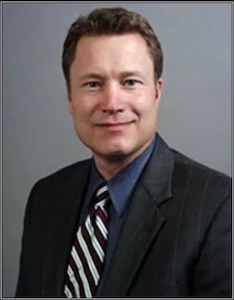 Phil Clark's distinct expertise sets him apart. Trial attorneys are a tradition in Phil Clark's family - going back five generations, starting with Jonas J. Clark who was appointed by Abraham Lincoln as the United States Attorney for District of Kansas City in 1861. Phil Clark is also a descendant of William Clark - from Lewis and Clark.

Phil Clark attended and excelled in law school at the University of Denver with the sole goal of becoming a trial attorney.

Before he was even licensed, he had performed over 35 trials as a supervised student attorney. He passed the Colorado bar exam in 1990 with a score so high that the second portion of the test was waived.

Upon passing the bar and becoming fully licensed, Phil became a senior prosecutor for many years in the metro-Denver area. He tried homicides, serial crimes, DUI cases and nearly every type of felony, misdemeanor and traffic offense. He became intimately familiar with the perspectives, procedures and philosophies of the prosecution and law enforcement community.

Phil has been involved in numerous well-known cases and is highly respected in the legal community with a reputation for knowledge, long-time experience, and "never-say-die" perseverance.

Moreover, he is recognized as a community teacher of law and has taught at various high schools and community colleges and plans to teach at community centers. Mr. Clark is proud of the recognition and appreciation received from his clients for his devotion to their cases.

Contact Us
Practice Areas
Client Reviews
★★★★★
I give the Bagley Law Firm a 5 STAR review. My divorce was extremely difficult and they gave the support I needed. Christopher M.
★★★★★
I highly recommend the Bagley Law Firm! Years ago I came here for help with my business and worked with Brian Bagley. I was impressed by the compassion, professionalism, and aid I received from Mr. Bagley and his excellent staff, so when my life took a devastating turn I knew which firm to go to for help. Jessica D.
★★★★★
Great and professional firm Charles & Jackie are awesome I highly recommend this firm. Henry C.
★★★★★
I highly recommend the Bagley Law Firm. Thank you - all of the staff was very helpful and my Attorney knew what he was doing. Thank you Brian Bagley. Ruth H.
★★★★★
Awesome experience - had to call just now on behalf of someone close to me. Tim took the time to chat with me and that's rare for an attorney to do that. He seemed very knowledgeable and patient on the phone. Would definitely recommend. Susan S.
View More
Submit a Law Firm Client Review